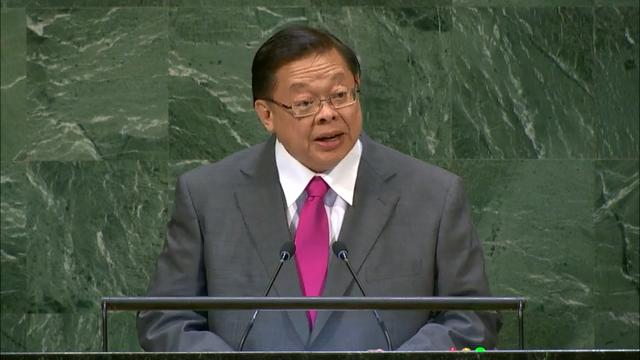 On Friday evening, October 25th, Virasakdi Futrakul (also known as Chib Foo) was inducted into the Toccoa-Stephens County Schools Hall Of Fame. Futrakul is a 1969 graduate of Toccoa Falls High School, where he was selected as a Top 5 student. He went on to earn degrees from the University of Washington and the University of Virginia.

A citizen of Thailand, Futrakul has served as an ambassador for his home country as well as in many other roles for other countries. He was serving as ambassador to France when a tsunami hit a coastal resort in Thailand, killing many French tourists. He served an important role in sharing condolences to the government of France and assuring them Thailand officials would do its best to assist people in the aftermath.

Futrakul also served as ambassador to Japan arranging a visit for the Thai president to visit Japan on the anniversary of the Fukushima Tsunami anniversary, where engineers from Thailand had assisted in recovery efforts.

In 2018, Futrakul was a presenter to the United Nations Assembly on behalf of Thailand.

The Toccoa Falls High School was established in 1911 and remained active until its closing in 1976.