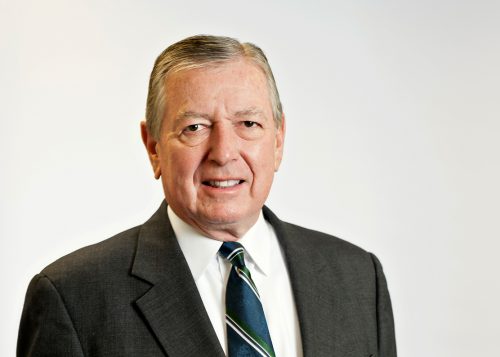 Toccoa Falls College is proud to announce Former Attorney General John Ashcroft will deliver the college’s commencement address on Saturday, May 19, 2018.  Former U.S. Attorney General, Governor and U.S. Senator John Ashcroft currently serves as founder and Chairman of The Ashcroft Group and The Ashcroft Law Firm. He is also a Distinguished Professor of Law and Government at Regent University.

As US Attorney General, and the U.S. Justice Department’s CEO, Mr. Ashcroft led the world’s largest and foremost international law firm and law enforcement agency with over 122,000 employees. Mr. Ashcroft integrated strategic planning, budgeting and performance measures, which resulted in the Department of Justice earning a clean audit for the first time in its history.
Mr. Ashcroft boldly led the Department of Justice through the transformational period after the September 11, 2001 terrorist attacks. He subsequently reorganized the Department to focus on its number one priority of preventing terrorism. He directed the tough antiterrorism campaign that helped keep America safe throughout his tenure and resulted in the dismantling of terrorist cells across America and the disruption of over 150 terrorist plots worldwide.

Within two months of the attacks, and with financial markets still reeling, the unprecedented corporate scandals at ENRON, WorldCom and dozens more unfolded, further destabilizing the weakened economy. Mr. Ashcroft was called upon to restore America’s faith in the integrity of our marketplace. He marshaled the resources of the federal government to bring to justice those guilty of massive corporate fraud.

Before becoming Attorney General, Ashcroft served in the US Senate where he authored budget rules protecting Social Security and Medicare and helped balance the federal budget for the first time in decades. As a member of the Senate Judiciary, Foreign Relations, and Commerce Committees, he worked to reform laws regulating the banking, telecommunications, aviation, transportation and information technology industries.

The Toccoa Falls College Commencement Ceremony will be Saturday, May 19, 2018 at 10:30 am in the Grace Chapel and Performing Arts Center. The public is invited to attend.