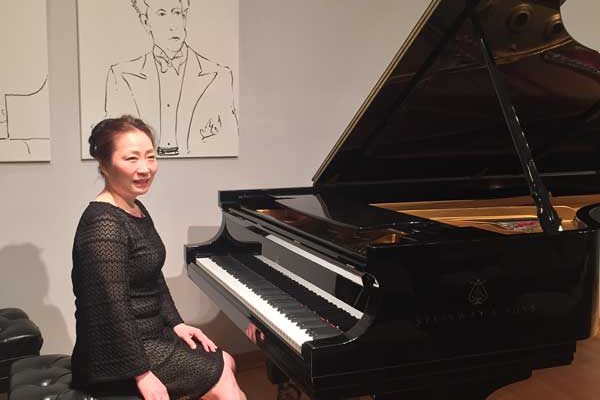 Dr. You Ju Lee is an accomplished pianist who has won numerous awards and performed recitals in Europe, Asia, and the United States.  She began playing the piano at the age of 3.  Dr. Lee’s professional highlights include solo and duo piano recitals at Carnegie Hall’s Weill Recital Hall; Spivey Hall; Mu Phi International Convention in Rochester, New York; Winners Gala Concert for the American Protégé International Competition of Romantic Music, and New York Debut Recital in the Artists International Special Presentation Winners’ Series at Carnegie Hall’s Weill Recital Hall. Most recently, she performed at the Kloster Karthaaus in Konz, Germany and the Centre Culturel Paul Barble` in Strassen, Luxemburg.  She has recently been invited to play at the Franz Liszt Museum in Budapest, Hungary in June 2019.  Performers are booked 2 years in advance and You Ju considers this event to be one of her “bucket list” performances. 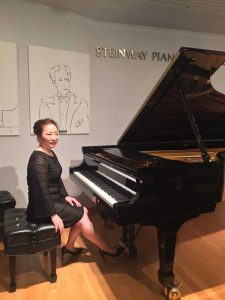 In 2015, Dr. Lee was featured as the cover story in The Music: “You Ju Lee at Toccoa Falls College.”  Dr. Lee also released a CD entitled, Chopin: Selected Piano Works, which is currently available on the Apple iTunes store and Amazon.com. This CD was reviewed by Jean Woodruff-Griffin in Mu Phi’s magazine, The Triangle. Vol. 109, Issue 3.   Dr. Lee was an invited guest pianist at the Bella Musica Concert at Agnes Scott College in Atlanta, and her performance was included in the CD release commemorating that event. Dr. Lee’s article on the Piano Works of Marga Richter was published in Clavier Companion magazine.  She has served as an adjudicator for various competitions in Seoul, Korea, Artists International in New York City, the biennial Young Artists Piano Showcase in New York City, MTNA Young Artists Competition, in New York and South Carolina, National Federation of Music Clubs and GMTA auditions for Fulton, Cobb, and DeKalb counties in Georgia. This year she is the U.S. Regional Director for the Osaka International Music Competition for Piano to be held in Atlanta in May 2018.

Along with being a very active concert artist, Dr. Lee enjoys teaching immensely.  She is currently an Associate Professor of Piano at Toccoa Falls College, in Toccoa, Georgia, where she coordinates the keyboard area and teaches Accompanying, Applied Piano, Music Literature, Pedagogy and Class Piano.  She received the Faculty Scholar of the Year and the Wade Distinguished Scholar Faculty Award.  She also serves as a director for the Marsden Preparatory Music program.

Dr. Lee began part-time with Toccoa Falls College in 2004 and joined full-time in 2007. When asked what she enjoys most about teaching, she explained, “I love the challenge of working with students coming from different musical backgrounds, and helping them develop and make the most of their God given talents to deeply express their music.”