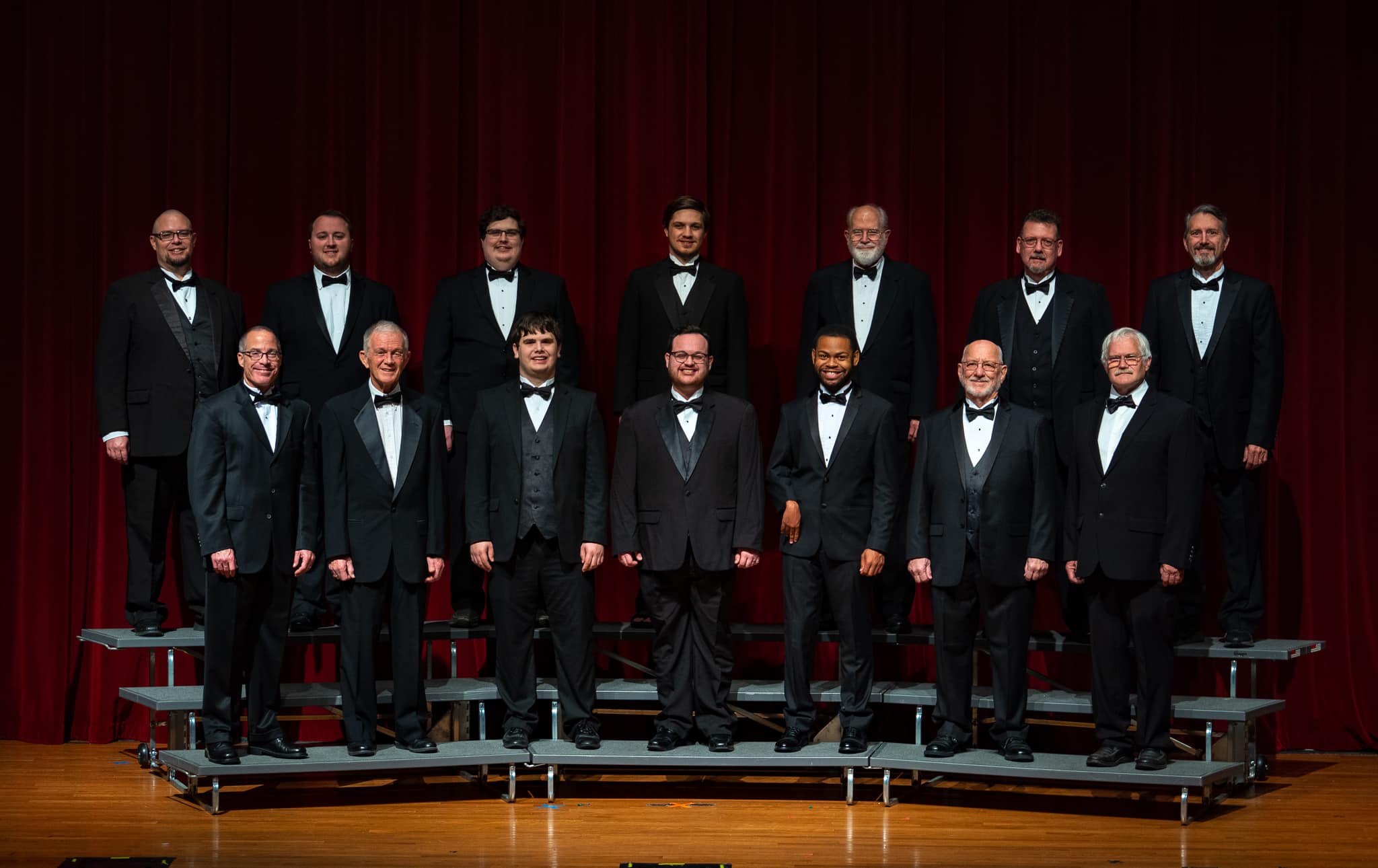 The Toccoa Falls College Singing Men is a community men’s choir that was formed in 2001. The ensemble is comprised of male singers from both the college and surrounding communities. Under the direction of Dr. Tom Council, the choir performs annually in various concerts and community venues, such as the Toccoa Harvest Festival and the Toccoa Symphony Orchestra Christmas Concert. In addition, they regularly perform their unique arrangement of The Star-Spangled Banner for collegiate and professional sporting events. Most recently, the TFC Singing Men performed for the 2021 World Series Champions, the Atlanta Braves, in June of 2022. You can view this performance here. The TFC Singing Men 2022-2023 season commences with the first rehearsal on Monday evening, August 22 at 7:00 PM in the Toccoa Falls College Music Building (Choir Room- M107).

The Toccoa Falls College Concert Band is comprised of woodwind, brass, and percussion players from the college and the community. This ensemble meets every Monday and Wednesday from 4:00 to 5:00 PM beginning on August 24th in Band Room M104 of the Toccoa Falls Music Building. Under the direction of Professor Yurii Henriques, the concert band performs as part of the Toccoa Falls Wind Ensemble [TFWE], which includes local professional music educators and some of the best, most advanced high school student musicians in the region.  The TFWE and Concert Band performs annually in various concerts including the “Christmas at Toccoa Falls Candlelight Concert,” the TFC Spring Christmas Concert, and occasional recitals.

For all ensembles, a short interview is required before joining. The Toccoa Falls College Jazz Band requires an additional brief audition to confirm playing skills.