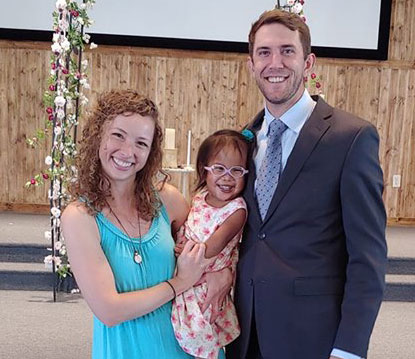 Toccoa Falls College is excited to announce Mr. Joseph Murrey will be joining the college as its new Development Officer beginning in September 2018.

Mr. Murrey most recently served as Assistant Director of Corporate Sales and Sponsorships at Concordia College in Moorhead, MN. While there he also served as Head Men’s and Women’s Tennis Coach, and was instrumental in assisting in key fundraising initiatives for all Concordia Athletics.

Mr. Murrey is a graduate of Toccoa Falls College with a degree in Cross Cultural Studies. Following his studies at TFC, Joseph and his wife spent the next six years helping to plant The Summit, a non-denominational church in West Fargo, North Dakota. There they witnessed, “the Lord do incredible things on our way to becoming a much larger and culturally diverse congregation. The second church plant is already in the works for next year”, stated Murrey.

Commenting on the appointment, Toccoa Falls College President Dr. Bob Myers stated, “We are thrilled Joseph has chosen to join the TFC family once again. He’s a very talented young man and we’re excited to have him represent us in the Toccoa community.”