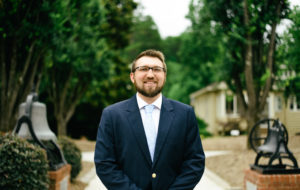 Toccoa Falls College announces the new Head Women’s Basketball Coach, Micah Ryals! Micah started his coaching career in 2015 with Point Guard College as a basketball instructor. Since then, he’s had the opportunity to coach thousands of athletes and learn from some of the best basketball minds that we have today. In his fourth year with Point Guard College he was promoted to Coach Trainer and got the opportunity to give back to other basketball instructors.

During his undergraduate studies, Ryals played for two seasons at Mid-Atlantic Christian University. He then transferred to Toccoa Falls College as a Junior where he also accepted the role of Student Assistant Coach. In 2018 Ryals graduated from TFC with his B.S. in Sport Management. In 2019, God called Micah back to Toccoa Falls to serve as the Assistant Women’s Basketball Coach and the Men’s Developmental Team Head Coach. TFC is so excited to welcome Micah (2018) and his wife Shelby Ryals (2018) .