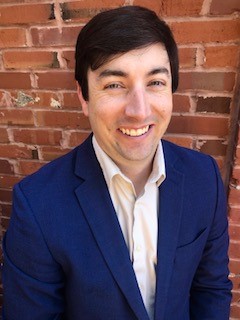 With nearly a decade of serving St. Louis College of Pharmacy (STLCOP) as athletic administrator, coach, liaison and educator, Caleb Barnes is now excited to join the TFC team as the Athletic Director.

After earning his B.S. from Erskine College in South Carolina, Barnes joined the STLCOP athletic department where he took an active role in all aspects of the Department of Athletics/Fitness and Recreation. As a leader and innovator on institutional and conference levels, Caleb Barnes took active roles to promote development and growth of the institution. Barnes served as the Champions of Character Liaison, promoting the college to a Five Star Gold Status (highest rank). Additionally, he served as the American Midwest Conference tennis chair and the conference tournament director. As a student-athlete advocate on campus, Barnes developed the Coach/Athlete Mentorship Program (CAMP) and Student-Athlete Success Program, seeing positive increase in department Grade Point Average. Lastly, in his tenure with STLCOP, Barnes saw the athletic department double in size and expand into state of the art facilities.

He completed his Masters of Arts in Coaching and Athletic Administration from Concordia-Irvine University in December of 2016.

Barnes hopes that his drive and experience, team-oriented approach, and student-centered philosophy will continue the tradition of developing Godly character with intellect in and out of the athletic department at TFC!