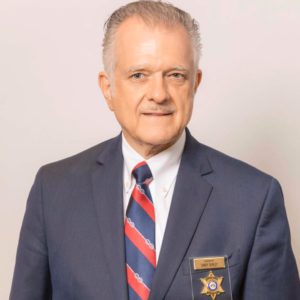 President Dr. Robert Myers is pleased to announce that Sheriff Randy Shirley has recently been elected to the Toccoa Falls College Board of Trustees as its newest member.

In January 1997, he was employed with the Georgia Department of Labor as a Special Agent in the Atlanta Office.

Prior to his election as sheriff, he was Chief of Police at the Lavonia Police Department from 1999 to 2008, during which time the agency obtained State of Georgia Law Enforcement Certification, formed an investigative division, and was teamed with the mayor and city council in building new police headquarters in downtown Lavonia named in honor of Mayor Ralph Owens.

He serves on several Boards locally, statewide, and nationwide. He is past president of the Toccoa Lions Club, Toccoa Optimist Club, Toccoa Shrine Club, the Tri-State Law Enforcement Conference, and he recently served as president of the Georgia Sheriff’s Association Youth Homes from July 2020 – July 2021. There are five Youth Homes in Georgia. GSYH is celebrating its 60th year of providing a loving home to abused, neglected, and abandoned children.

He and his wife, Cheryl, have been married for 45 years.  They have one daughter, Mandy, who was recently married to Phillip Haynes. They are members of Hill Street Baptist Church where he serves as Deacon and assistant treasurer.