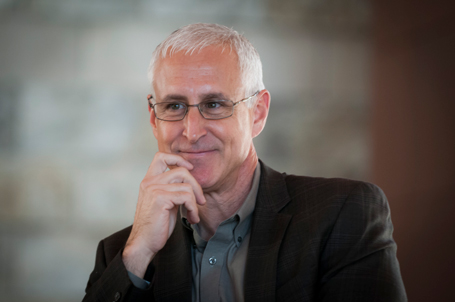 Toccoa Falls College is honored to have J. Warner Wallace as a guest speaker on Tuesday & Wednesday, November 14th & 15th.  Jim is an international apologist and author of Cold-Case Christianity, A Homicide Detective Investigates the Claims of the Gospels. He’s also written hundreds of articles for PleaseConvinceMe.com and is a contributor to the Apologetics Study Bible for Students.

Jim’s criminal cases have been repeatedly featured on Dateline, Court TV, and FOX News.  He’s appeared as a guest on JCTV’s “Top 3” and His Channel TV’s “His Channel Live.”  Additionally, he’s produced and appeared in a number of videos articulating the case for Christianity.

Born in Los Angeles County, Jim was raised in a law enforcement family. He’s been a police officer for 25 years, an investigator for 21 years and has been investigating homicides for approximately 16 years.  He presently works as a Cold-Case Homicide Detective.  J. Warner holds a Bachelor’s Degree from CSULB in Design, a Master’s Degree from UCLA in Architecture, and a Master’s Degree from GGBTS in Theological Studies (all with “Great Distinction”).

Jim stated, “I was an atheist for 35 years. I was passionate in my opposition to Christianity, and I enjoyed debating my Christian friends. I seldom found them to be prepared to defend what they believed. I became a Police Officer and eventually advanced to Detective.  Along the way, I developed a healthy respect for the role of evidence in discerning truth, and my profession gave me ample opportunity to press into practice what I learned about the nature and power of evidence.  Throughout all of this, I remained an “angry atheist,” hostile to Christianity and largely dismissive of Christians.

When I finally examined the evidence fairly, I found it difficult to deny, especially if I hoped to retain my respect for the way evidence is utilized to determine truth. I found the evidence for Christianity to be convincing.

I founded PleaseConvinceMe.com as a transparent resource that tracks my own spiritual journey. From angry atheist, to skeptic, to believer, to seminarian, to pastor, to author and podcaster, my journey has been assisted by my experience as a Detective. It’s my hope that my own efforts to detect and articulate the truth will help you to become a better Christian Case Maker.”

Jim has served on local church staff as a Children’s Minister and Youth Pastor. He also planted a church and served as lead Pastor there for 5 years. He’s the founder of PleaseConvinceMe.com and now serves alongside talented apologists, authors and speakers at Stand to Reason (www.str.org).

Mr. Wallace will be speaking on The Case for God’s Existence, Tuesday, November 14th, at 7:00 PM.  He will also be addressing students during regular Chapel service on Wednesday, November 15th, at 10:00 am. His message then will be on The Difference Between Belief THAT and Belief IN.  Both will be held at the Toccoa Falls Grace Chapel & Performing Arts Center. The community is cordially invited to attend both events.

You can learn more about J. Warner Wallace at http://coldcasechristianity.com/