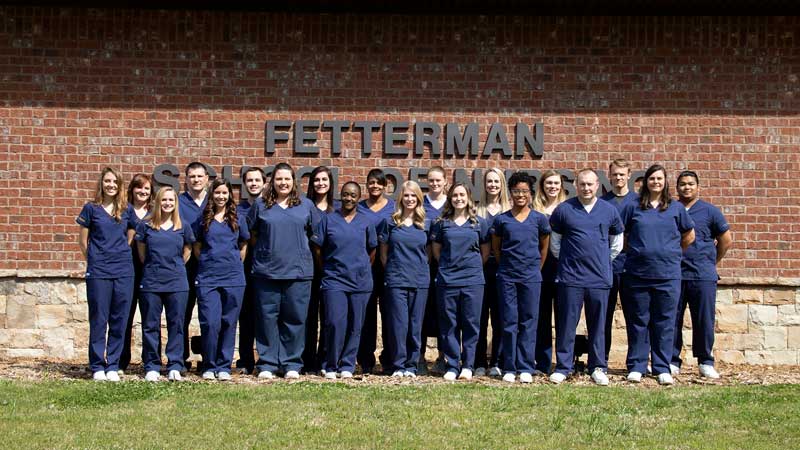 On April 20, 2017, a vision that was decades in the making became a reality when Toccoa Falls College held the ribbon-cutting ceremony for the new Fetterman School of Nursing.  A few months later, the first students entered the doors of the new facility and began a journey that would forever change their lives.

Today, those same students are just weeks away from becoming the first class to graduate from the Fetterman School of Nursing with their Bachelor of Science degree in Nursing. There have been many long hours of study, labs, clinicals and more, but it will soon pay off with a nursing career dedicated to helping others.

According to Dean Deborah Alvater, over 60% of the graduating seniors already have jobs in healthcare facilities. Alvater stated, “Numbers don’t begin to tell the story.  As pleased as we are that over half of our students have secured employment, it is both exciting and rewarding to witness the mission of the Fetterman School of Nursing being demonstrated in the surrounding local and regional health care facilities.  Our mission is aligned with the rich heritage of the College in promoting spiritual growth and the pursuit of learning.   We are here to prepare the next generation of compassionate and highly competent nurses to deliver Christ-centered care.

The pinning ceremony for the graduates will be held Tuesday, May 14th, at 6:00 pm in the TFC Grace Chapel and Performing Arts Theater.  Commencement ceremonies will be held Saturday, May 18th, at 10:30 am, also at Grace Chapel and Performing Arts Theater.  Everyone is invited to join us in celebrating these momentous occasions.