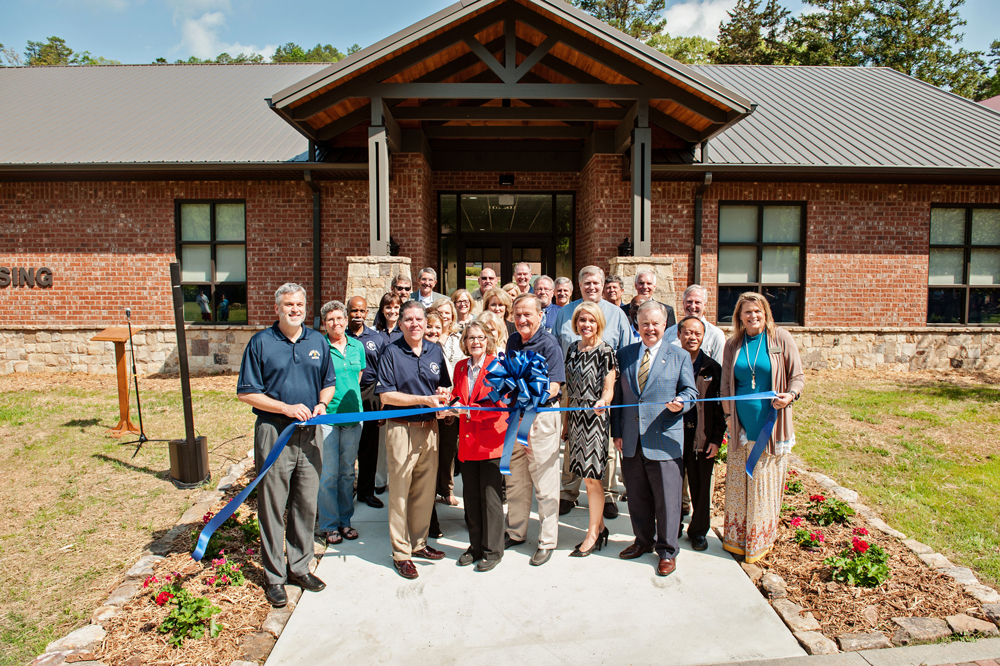 A vision that was many decades in the making has now become a reality. Toccoa Falls College celebrated an exciting and historic event with the ribbon-cutting ceremony for the new Fetterman School of Nursing on Thursday, April 20th, 2017 at 10:30 am.  College President, Dr. Robert Myers said the Nursing school was a dream come true for the college.

“53 years ago, Toccoa Falls College had it in their heart to have a nursing program,” said Myers. “And we gave land which has been used by Stephens County Hospital to build their hospital in hopes that at some point we would partner with them and have a nursing program. Now after 53 years, we’re finally seeing the realization of this happening, and we’re able to really put our mission in action, which is developing Godly character with intellect in our students.”

Dean of Nursing, Deborah Alvater, thanked those who had paved the way for the program stating,

“This day marks the culmination of a vision held many decades ago. …we are dwarfs astride the shoulders of giants, and due to their wisdom, we grow wise. We are so very grateful for the many who have come before us..”

Myers told the large crowd gathered for the ribbon-cutting how the Fetterman School of Nursing was named after a donor from Ohio, with no connections to the college or nursing, felt the call of God to donate to the college, providing a facility that is 100% debt free.  The state-of-the-art academic facility includes classrooms, laboratories, simulated patient rooms, and administrative offices. Groundbreaking for the new building was in May 2016, and the school was granted initial approval for the BSN program by the Georgia State Board of Nursing in July 2016.  The nursing program at TFC is a four-year program of study that leads to the Bachelor of Science degree with a major in Nursing.

Not only is the Fetterman School of Nursing a new building on the campus, but it’s also an excellent opportunity to grow the student body.

“No doubt about it, our first class we’re bringing in about 20,” said Myers. “We encourage anyone who’s interested in nursing to please apply and come do it with us.”

The Fetterman School of Nursing’s first class of students will begin this Fall.