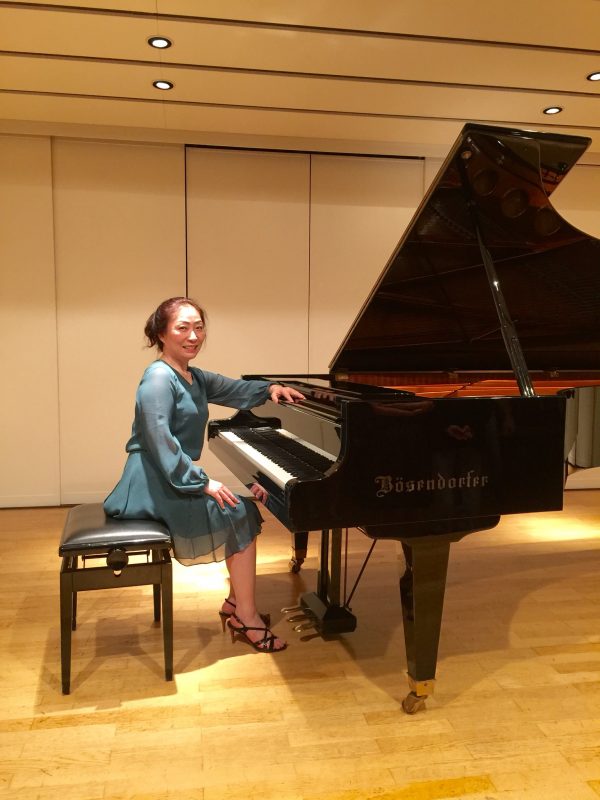 The U.S. Regional is one of eight international regionals, which include China, France, Hong Kong, Malaysia, South Korea, Taiwan, and Thailand. The focus of this competition is to encourage talented young musicians with their musical hopes and ambitions. Dr. Lee was approached by the organization to direct the competition after being recommended by a friend who was the director of the French competition. The desire was to start a U.S. competition so students would be able to participate in the competition without having to travel so far to do so.

The OSAKA International Music Competition is dedicated to promoting arts and culture under the banner of world peace and mutual understanding. The screening judges anticipate the audiences will experience outstanding performances with exceptional artistry and technical capabilities. This year 13 exceptional pianists were selected to participate in the 2019 U.S. Regional OSAKA International Music Competition which was held at Kopleff Recital Hall in Atlanta on Saturday, May 11th.

When asked what she enjoyed most about her role with the competition, Dr. Lee stated she most enjoyed communicating with other music professionals, especially through groups like the Georgia Music Educators Association (GMEA).  I also asked how she felt her role with OSAKA benefited her as a professor.  Dr. Lee stated, “I feel it helps people to know about TFC and where we are. Normally, the winners are from larger, well-known state schools, but last year our own Naomi Meadows won one of the college competitions! I think our smaller class sizes, the time spent with the professors, and the support of our professors is what makes us the best for many students. My goal is to bring TFC to the top. Last year we gave a TFC award which provided the winner with an opportunity to have a concert at Grace Chapel. So I’m helping promote the college.”

In addition to teaching and working with the competition, Dr. Lee has a busy concert schedule ahead of her. On June 5th she will be performing at the Franz Liszt Museum in Budapest, Hungary, then in Nice, France the following week.  She returns to the states for a concert at TFC Grace Chapel and Performing Arts Center on August 29th, and Spivey Hall at Clayton State University on August 31st.