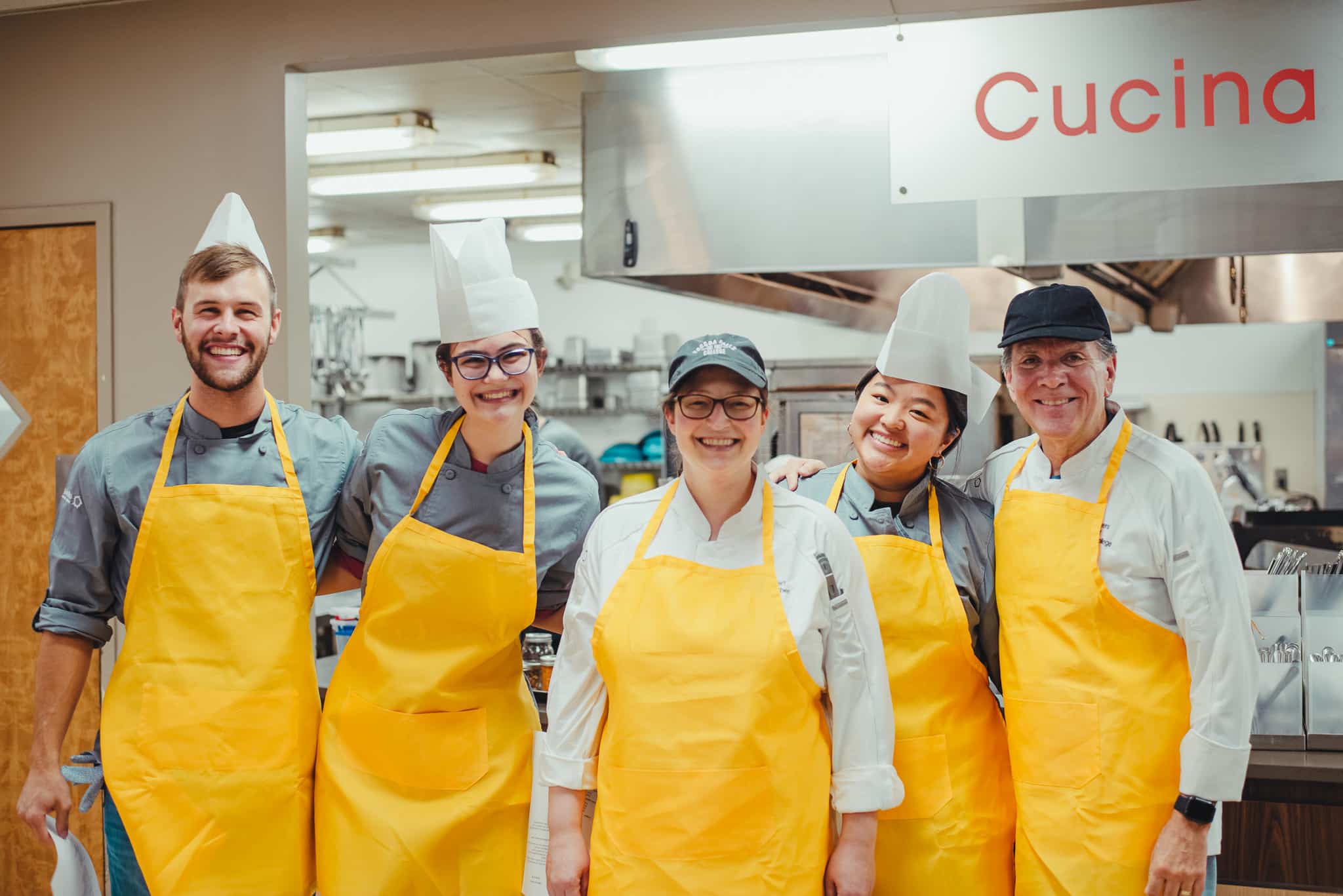 On Tuesday, October 18th, Toccoa Falls College launched its first ever Battle of the Chefs event. This event included two teams competing head to head through the cooking of appetizer, entree, and dessert dishes. TFC Culinary hosted this inaugural event in the dining hall located on the campus of Toccoa Falls College.

The yellow team was led by college president, Dr. Robert Myers, alongside the support of the TFC executive chef and three current students. The blue team was spearheaded by Andrew Thorne, Vice President for Distance Education, with the assistance of the Chartwells District Manager and three additional current students.

The team of judges included Student Government Association President, Emily Johnson, and Vice President for Student Affairs, Dr. Abigail Davis as TFC representatives. In addition to this, community leaders were present as judges to offer their expertise. Toccoa Falls College is incredibly grateful for the involvement of Toccoa City Council Vice Mayor, David Austin, and Stephens County Commissioner, James Addison, for their participation as judges at Battle of the Chefs.

The teams had fifteen minutes to look over the table of ingredients and make a plan of what dishes would be served to the judges. Two of the three created dishes had to include a special ingredient: the State Champion Amber Extracted Honey from The Lawson Center for Sustainable Community Development. After this time was up, it was straight to the kitchen to cook up some showstoppers for the judges.

From pork loin to pumpkin pie and everything in between, the judges enjoyed a variety of food that they evaluated on the basis of presentation, taste, creativity, and use of the special ingredient. While the yellow team took away the win for best appetizer, the blue team pulled out the overall win by a narrow margin.

Battle of the Chefs was an event full of big smiles, delicious food, and a bit of friendly competition. We are already looking forward to the next battle.