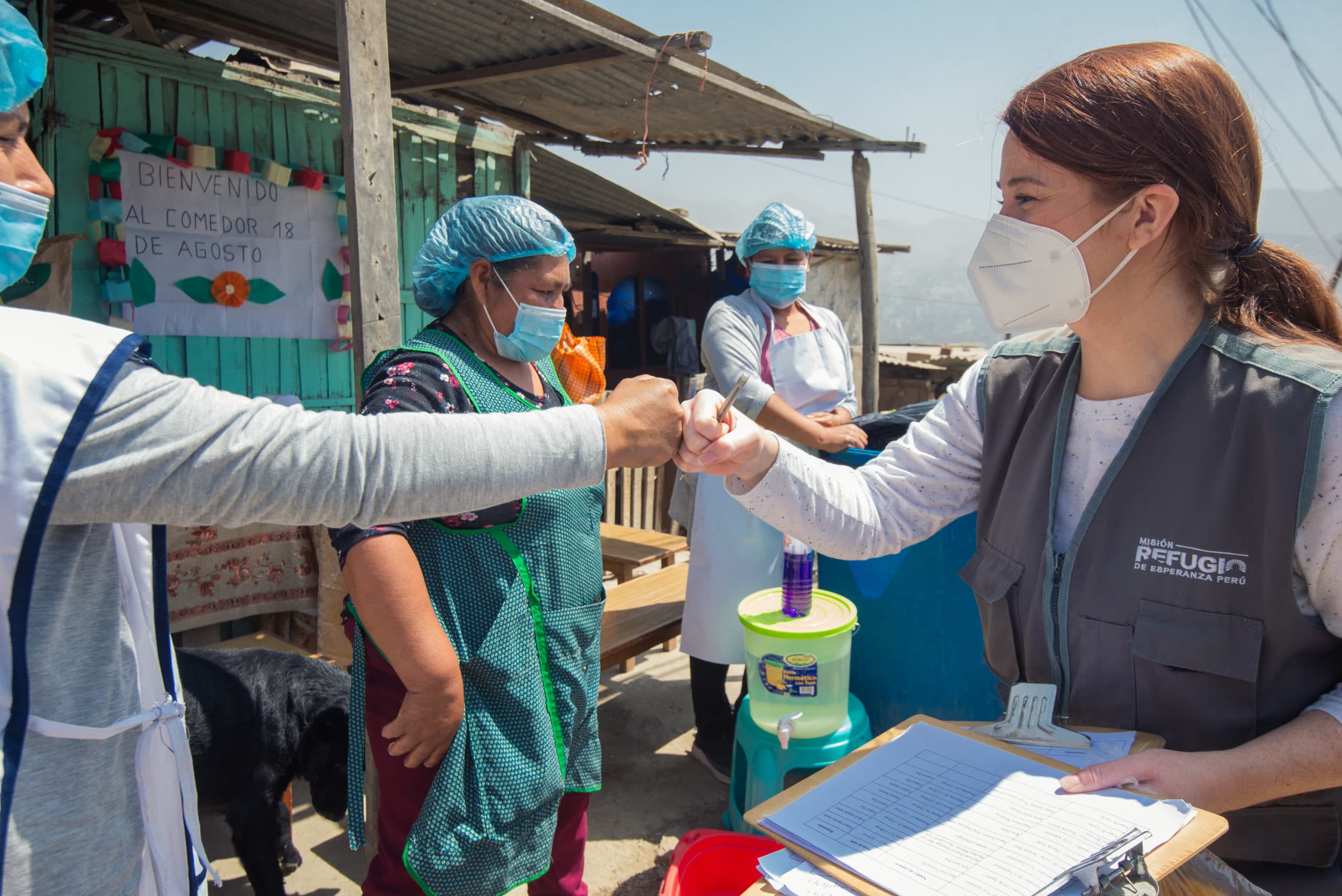 At 6 years old, in an apartment complex in Texas, Amber Carrión, née Davies, heard the Gospel for the first time. She had met two neighbors that were her age, and their mother told her about Jesus. She would stay at her neighbor’s houses while her mom was at work, and it was during these times that the story of Christ captivated her spirit. “By God’s grace, since that day, my heart was inclined to the things of God; I had a genuine hunger and thirst to know more,” Amber shared.

Amber’s mother began bringing Amber and her brother to church, resulting in Amber’s involvement in youth group. Amber began visiting Huaycan, Peru annually with her church and developed a deep connection and unique love for the people there. Her mom worked as a flight attendant, which allowed Amber to be a frequent standby flyer during her school breaks throughout high school and college. She regularly went on mission trips with her church to partner with the local churches there and provide gospel presentations to the local youth. It was through this work that Amber developed a connection with a local children’s home.

As a student at Toccoa Falls College, Carrión further developed her passion for overseas work by pursuing a degree in Cross Cultural Studies with a minor in Spanish. It was within her studies that she was able to learn more theory, practical skills, and gain real-world experience. Although her passion for Peru was evident, as Carrión planned her cross-cultural internship during her junior year, she sought out the opportunity to gain overseas perspectives in a culture that she had not experienced before. After a classmate shared during Student Mission Fellowship about their time with Operation Mobilization in Nepal, Carrión decided to complete her internship with the same organization. Thus, she was able to learn from seasoned missionaries and experience the daily life of overseas work over a more extended period of time. After graduating in 2010, Carrión decided to move to Peru.

Initially, the move was meant to be temporary. She had decided to volunteer for one year at the children’s home that she had built a connection with throughout her adolescence, while also teaching English at an institute in Lima. However, Carrión wound up living in Peru until 2020. As she assimilated to life in Lima and continued to work with the children at the children’s home, ethical concerns began to rise about the management of the organization. Under government investigation, children at the home were returned to their families. 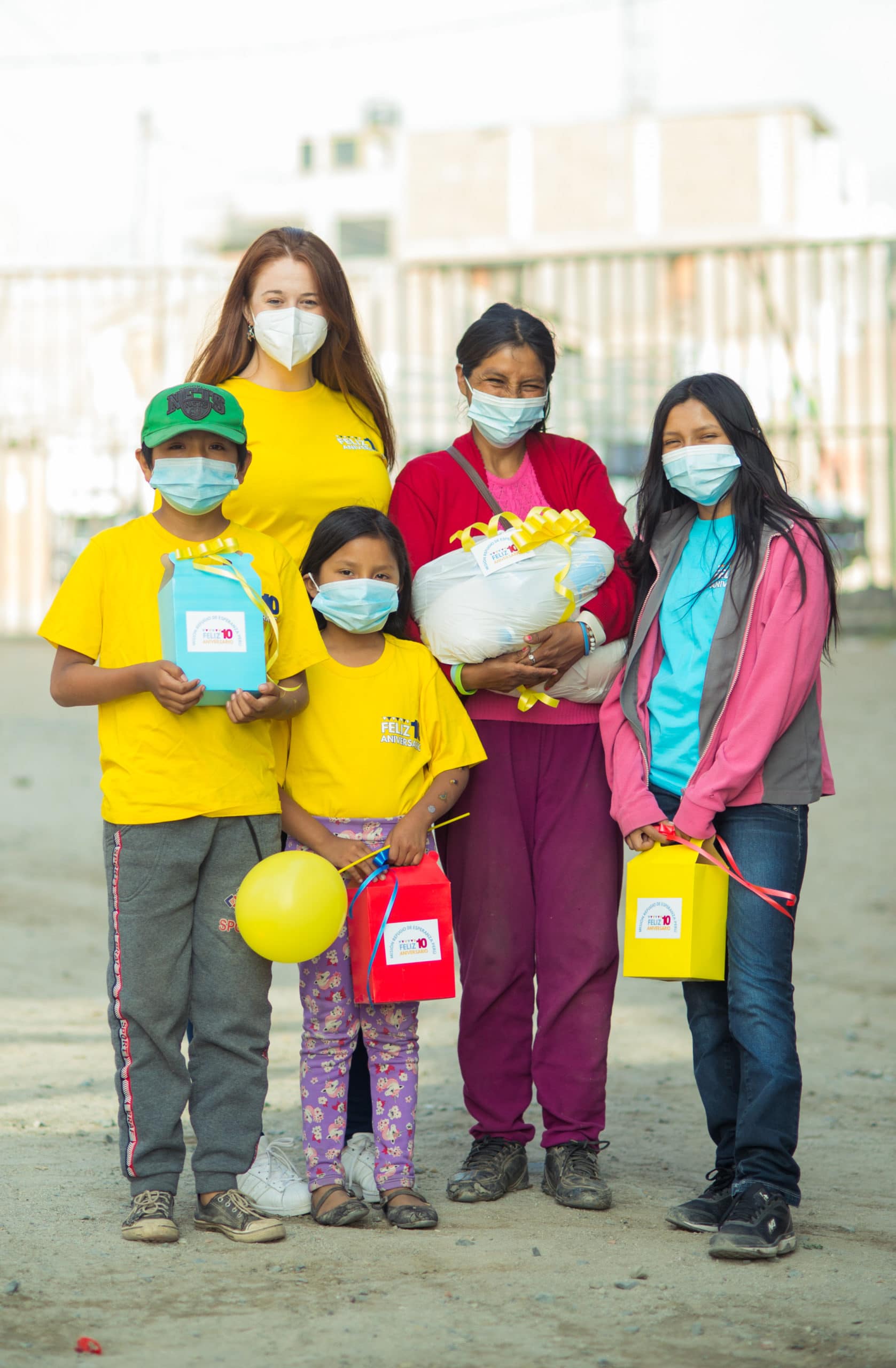 Meanwhile, Carrión reflected on her studies at TFC and how she could work to create a better situation for these children and their families. She shared, “At TFC, I had learned about different mission models that missionaries use to share the Gospel. One idea that I always felt passionate about was community centers that met the felt needs of vulnerable populations.” Hence, the idea for Refuge of Hope began.

Refuge of Hope, lovingly known as Refugio in Peru, is a 501c3 non-profit organization that uses spiritual, emotional, and educational development to holistically impact the lives of participating students and their families. In the initial years of its conception, they met on the second floor of a local church where students were able to study the Bible, work on homework, and share a hot meal. As Amber transitioned from work in the children’s home to establishing Refuge of Hope, she was met with the task of finding many of the families that she had worked with in the home. She shared one story in particular about a family that she loved, and God’s miraculous work in reuniting them.

Over the years, she had bonded with a young girl named Alely, and her two brothers. As the children began returning to their homes, Carrión began to seek ways that she could remain in contact with them. Alely and her brothers told Carrión that they were from an area called “Zone Z”, and she took note of it for future reference. Unfortunately, the kids abruptly left the home and Carrión was not able to say goodbye. As Refuge of Hope was getting started, Carrión asked a local pastor about Zone Z, and he informed her that there were stores (called bodegas) with large speakers that were used to make announcements to the community. Carrión went up a mountain to Zone Z to search for Alely and her family. They announced their names over the speaker, hoping that the family would hear and come to the bodega, but they never showed. Carrión resigned to the reality that she would never see them again.

However, a few months later, Carrión saw Alely leaving her school in Huaycan at the end of the day. They saw each other, and Alely asked her to wait while she ran home to grab her brothers. The siblings returned after a few minutes, running down the street and calling her name, and they all embraced. “It was like a scene from a movie. I will never forget that moment in my life,” Carrión reminisced. She was able to connect with their dad and invited the kids to Refuge of Hope. To this day, Carrión talks to Alely—who is 21 now—about once a month.

After Refuge of Hope was established and many of the kids from the children’s home were located, Carrión began her day-to-day management work. This included general maintenance and cleaning of facilities, teaching English classes, leading Bible studies, coordinating mission trips, monitoring social projects, and training staff. As more staff joined in on the mission, Refuge of Hope was able to reach the point of where it is today: Recognition as a legitimate association by the Peruvian government and totally Peruvian-led.

In 2020, right before the COVID-19 pandemic began, Carrión moved back to the United States with her husband, Abel. She had met Abel years before, as he was one of the first Peruvians who volunteered his time to help with the community center. Although they are separated from the organization by geographical distance, their lives still revolve around the center. “My everyday life includes fundraising, donor relations, and fulfilling administrative needs… I strategize, design, supervise, and evaluate programs from afar and still take advantage of those stand-by flights to visit Peru every chance I get,” Carrión explained. She is currently working on earning her master’s in social work. 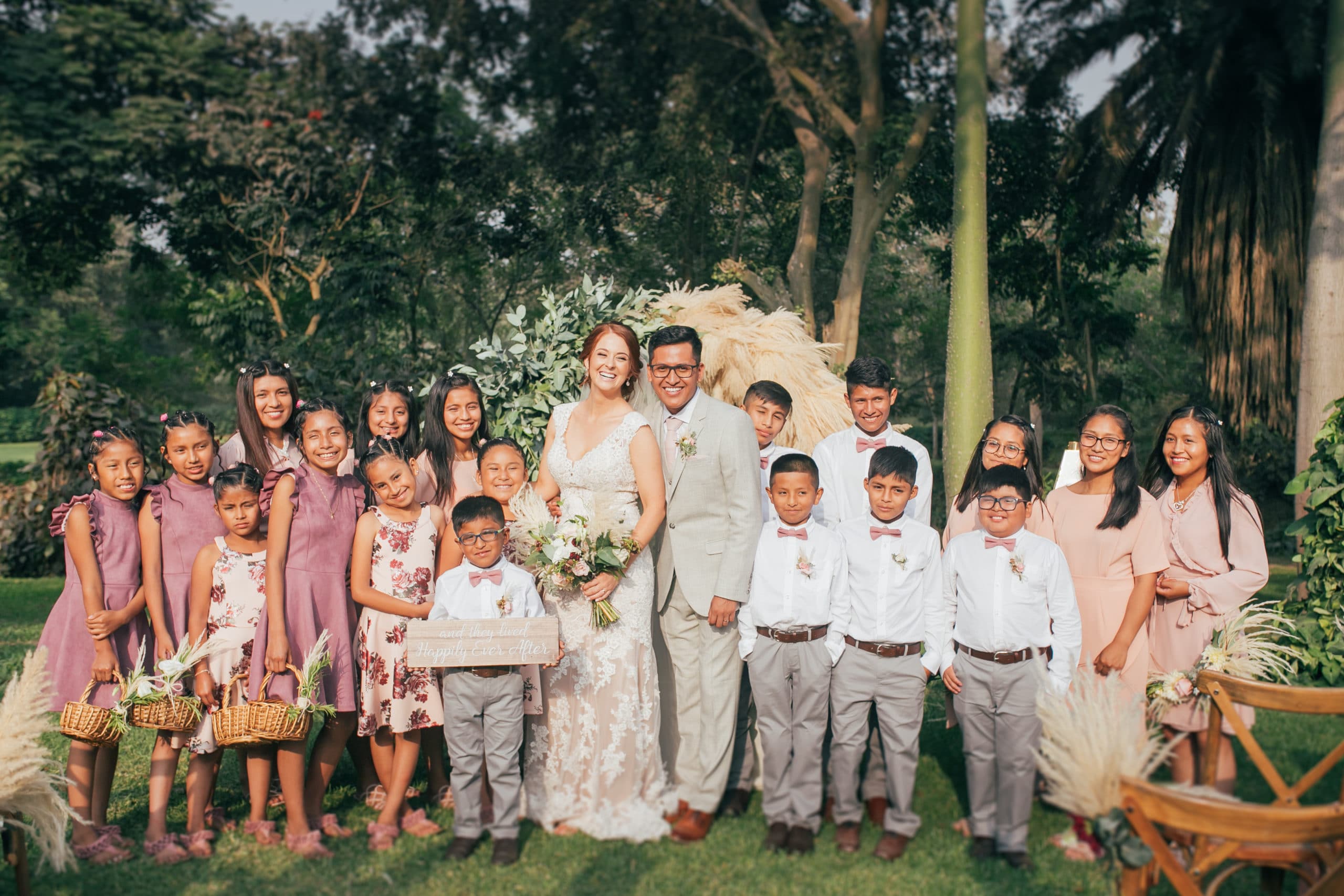 Amidst her and her husband’s move to the States, the Carrións hired a Peruvian National Director to oversee on-the-ground work. He was Carrión’s pastor and good friend. Shortly following this change, Refuge of Hope had to adjust to the COVID-19 pandemic. Peru was hit hard, and the work of Refugio’s ministry transitioned online. In May 2021, the Peruvian National Director passed away due to COVID complications. This season has been incredibly challenging for their ministry, and as they adjust back into consistent in-person activities, prayers would be a blessing to them. We also invite you to prayerfully consider donating to their work and following them on Facebook and Instagram.

When asked what her advice is to TFC students who are currently stressed about life after graduation, Carrión shared:

My best piece of advice to battle stress surrounding the future would be to connect with family, friends, and mentors who love you and care about your well-being. Lean into their wisdom, find comfort in your community, and remember you’re not alone. Stay grounded; commit to practices that promote self-care. Stay near to your Source, namely Jesus. Reading the Word, praying, worshipping, and fellowshipping are everyday habits and powerful practices that will generate peace and security as you navigate what is to come. Commit to aggressively paying off your student loans as fast as possible. Your 30-something-year-old self will thank you. If student loans aren’t an issue, take a gap year. For most, life after graduation only gets increasingly complicated. Committing to financial freedom and pursuing self-awareness are game changers. Finally, remember 1 Corinthians 2:9; in Christ, the best is yet to come!

We proclaim this truth over our upcoming graduates, and over Refuge of Hope and the Carrión family.