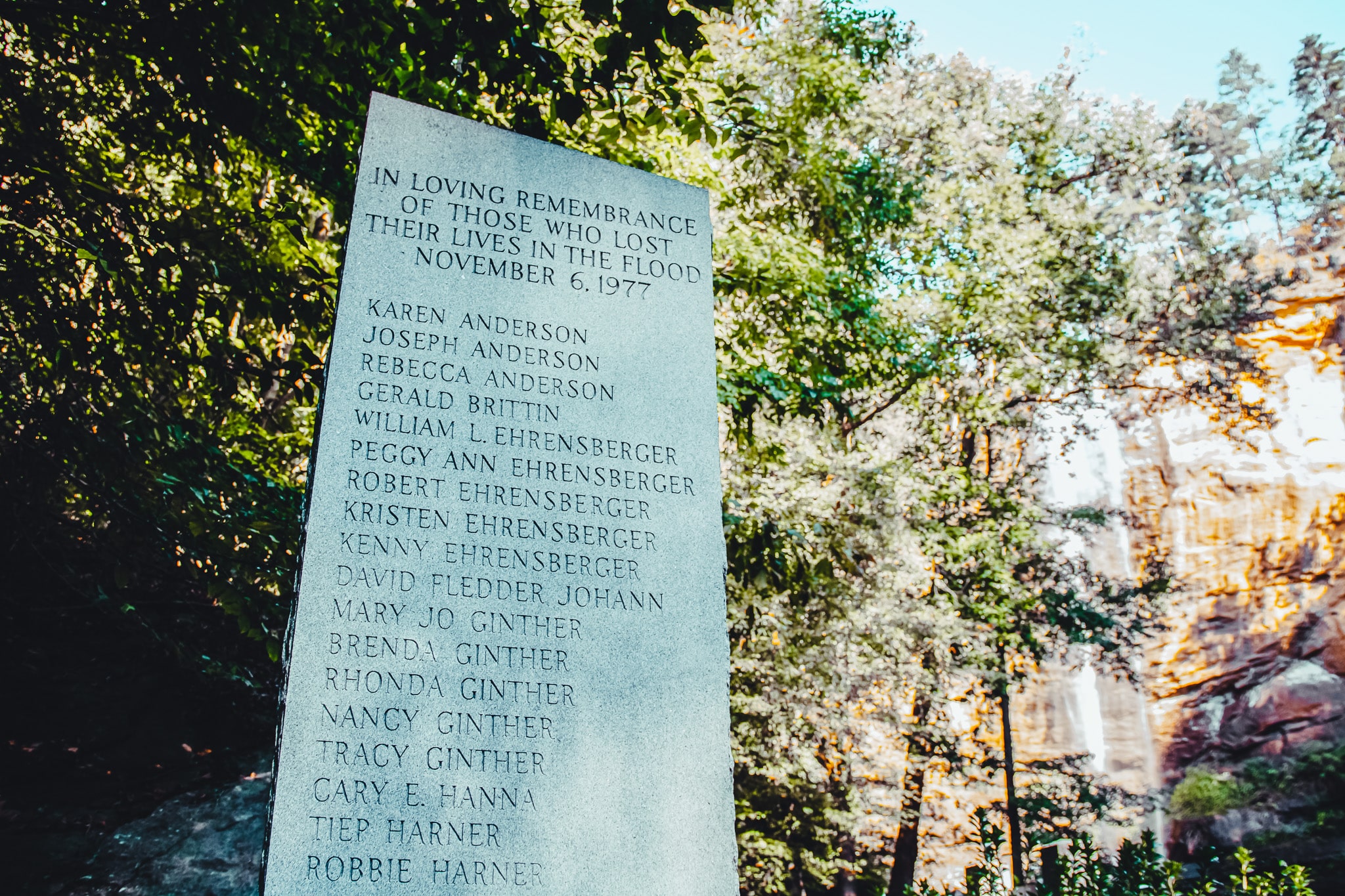 Commemorating 45 years since the flooding of Toccoa Falls

Today marks 45 years since the flooding of Toccoa Falls on November 6, 1977.

As we commemorate the 45th Anniversary of the tragic flooding of Toccoa Falls, we reflect on excerpts from Dam Break in Georgia: Sorrow and Joy at Toccoa Falls written by K. Neill Foster with Eric Mills.

Tragedies, like the one that happened in the early morning hours on November 6, 1977, are difficult to discuss. They are even harder to write about. So many lives were lost. To be exact, 39 members of our college family were swept away with flood waters when an earthen dam above the Toccoa Falls College campus gave way and sent an estimated 176 million gallons of water rushing down a narrow ravine toward the area where many of the faculty, staff, and students lived and lay sleeping. The immediate impact of the flood appeared devastating; and certainly, it would have been except that God had another plan.

The truth of God’s presence in those dark hours, the truth that God was in control, carried many through those difficult days. This is a record of God’s faithfulness, in darkness and in dawn. This is a testimony of people’s responses to tragedy. “How can I help?” was a question asked over and over. Their spontaneous responses to open their homes and their hearts to the needs of those at Toccoa Falls blessed and humbled the recipients deeply. The fact that God was in control over all of the events was clear. To hold back the waters would have been no great thing for so great a God. In allowing the waters to be released, His greatness was revealed through the faithfulness and testimonies of His children. As one survivor explained, “We know that God was with us through the flood. He was with those who escaped. He was with the 39 people who died. Because of the flood, we know that God will be with us through anything we ever have to face.” In all things, to God be the glory.

To honor and remember the lives that were lost 45 years ago, a wreath is currently placed beside the granite memorial at Toccoa Falls. We also remember each life lost here: