The following individuals have been nominated to serve on the Toccoa Falls Alumni Association Board of Directors for 2020-2022.

Thank you for your participation in the Alumni Board election process and for your prompt response!

Rebecca is a 1975 graduate of Toccoa Falls Academy and completed one year at the college. She lives in Decatur, Illinois, and recently retired after almost 40 years in banking, with the last ten or more years in compliance. Rebecca has been a member of a community choir for over 20 years and also sings with the Praise and Worship Team at St. John’s Lutheran Church. She is more than happily married to Rick Ivester, who didn’t care if I kept my maiden name as my married name, and between them they have two beautiful daughters, one precocious granddaughter, one mischievous grandson, three sweet dogs, and one poor cat. 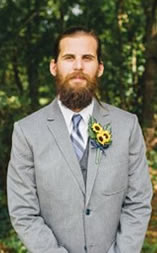 Robert is 2014 graduate with a Bachelor’s in Youth Ministries. He currently lives in Buffalo, New York, with his wife Rae (2017). They moved to Buffalo to help Rae’s father plant a new Alliance church, but the plant closed earlier this year and now they are involved with an established church in the community. Robert and Rae met at TFC and both loved the school and campus while they lived here, both being involved the Theatrical Society. Robert was also involved in SGA, the college choir, and men’s choir while a student. 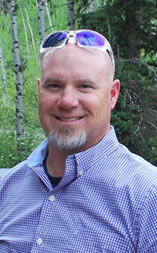 Brian accepted Jesus as his Lord and Savior at 8 years old and received God’s call into full time ministry at the age of 17. Brian and Jessica (Vena, 1996) were married in 1996 after each them had graduated from Toccoa Falls College. Brian is currently the Lead Pastor at First Alliance Church in Toccoa, Georgia. Prior to his service in Toccoa, he was the Senior Pastor at Belgrade Alliance in Belgrade, Montana. Brian served as a Youth Pastor in two other churches and has also worked with the YMCA and Boys and Girls Club. Jessica is a gymnastics coach and enjoys physical fitness. Brian and Jessica have four children; Brandon is a Junior at TFC, Jared is a Sophomore at TFC, Colby is attending TFC next fall, and Isabel. As a family, they enjoy watching sports together, hiking, camping, disc golf, board games, and traveling.