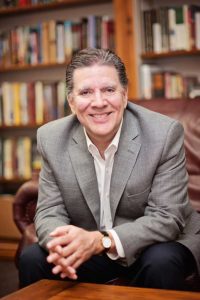 Dr. Robert M. Myers currently serves as the President of Toccoa Falls College. TFC is recognized for excellence by groups such as U.S. News and World Report, The Princeton Review, and Christian Colleges of Distinction.

Since 1907, TFC’s motto has been “Developing Character With Intellect”. Dr. Myers frequently speaks and writes about the elements of Godly character and the Christian worldview.  He is the author of, “No Compromise: Thoughts from a Christian College President”, and a regular blogger for The Huffington Post.  He also publishes a weekly blog at robertmmyers.net and can be viewed on Vimeo, or followed on Twitter (@robertmmyers).

Dr. Myers has served as a manuscript reviewer for the Academy of Management (Management History Division), a textbook reviewer for McGraw-Hill, and has been published in a variety of journals such as Informatica, Management Decision, The Journal of the Association of Marketing Educators, Florida Banker, and the proceedings of many national and international conferences.

Dr. Myers has always been active in his local community serving on numerous corporate boards including the Cherokee Council of the Boy Scouts of America, Consumer Credit Counseling Service of Palm Beach County, the Treasure Coast of Florida, Inc., International Assembly for Collegiate Business Education, the American Red Cross, and the Toccoa/Stephens County Chamber of Commerce, as well as other organizations.

Dr. Myers has served in Christian higher education for twenty years. During that time he has served as a faculty member, Dean of a School of Business, and Executive Vice President for Academic Affairs. Dr. Myers is married to Cheri and they have two children, Joshua and Joy. 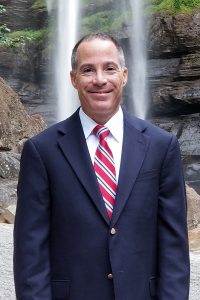 Dr. Kieran Clements has served at Toccoa Falls College since 1999, initially as a Professor of Natural Sciences. He has gone on to hold a variety of positions, including Dean of the School of Arts & Sciences. He received a BS in Biology/Secondary Education from Saint Francis University (PA) and a PhD in Entomology with a minor in Biotechnology from North Carolina State University.

Dr. Clements particularly enjoys being involved in choral singing ministry in both church choir and the TFC Singing Men. His hobbies include running, fishing, hiking, and cheering his favorite sports teams. He and his wife Amy have two daughters, Samantha and Kathleen. 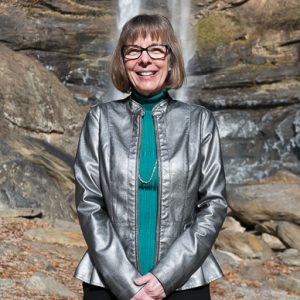 Dr. Mooney has served in financial management and teaching roles in Christian higher education for nearly thirty years including positions at Cornerstone University, Palm Beach Atlantic University, Bryan College, and University of the Southwest. Dr. Mooney also has considerable experience in the for-profit sector having worked in public accounting with a major corporation.

Dr. Mooney has been active in Christian university business officer organizations for more than two decades. She served in volunteer leadership capacities with both the Council for Christian Colleges and Universities CFO Commission and the Association of Business Administrators of Christian Colleges Board of Directors. She has also served on the Small Institutions Council for the National Association of College and University Business Officers.

Dr. Mooney holds a BBA in Accounting from Baylor University, a M.Acc. from the University of Tennessee at Chattanooga, and a D.Ed. from Southwestern Baptist Theological Seminary. She is also a CPA.

Dr. Mooney and her husband Tim have two married children and two grandchildren. She enjoys reading, bible study, coffee dates with her husband, watching movies with her family, playing with her grandchildren, traveling, and serving in the local church. 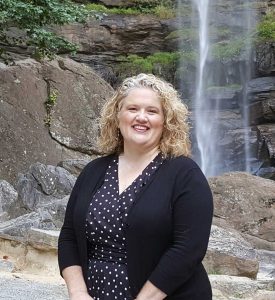 Ms. Abigail Davis most recently served as the Dean of Students over Residence Life and Student Conduct at North Central University in Minneapolis, Minnesota, a private, Christian, liberal arts university with 1,000 students. Abigail has two Master’s Degrees: a Master of Arts in Educational Leadership from Biola University and a Masters of Divinity from Gateway Seminary.  She is currently working on her Ph.D. in Higher Education at Azusa Pacific University.  A former classroom teacher in the United States, Abigail also taught English in China for two years.

Her hobbies include reading, spending time with her eight nieces and nephews, and traveling internationally.  She has also completed three sprint triathlons in the last five years. 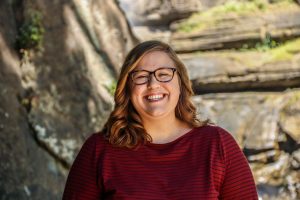 Mrs. Emily Kerr was appointed Vice President for Enrollment Management at Toccoa Falls College in August 2017. She oversees the areas of Admissions and Marketing.

Emily has been a part of the TFC community since 2008, graduating with her B.S. in Secondary English Education in 2011. She has served in the Office of Admissions in several roles during her time at Toccoa Falls College: Communication Coordinator, Event Coordinator, and Assistant Director of Admissions.

Emily and her husband, Cameron love spending time with family and exploring Northeast Georgia (even though she will always be a buckeye at heart). 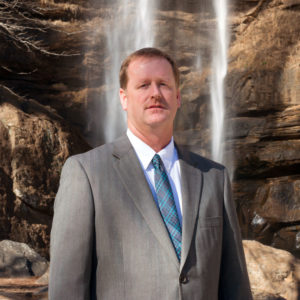 Mr. Merlin Schenck was appointed Associate Vice President of Operations at Toccoa Falls College in January 2017. Within his oversight of responsibilities include the areas of Physical Plant, Transportation, Security and Safety, the TFC Print Shop, Mail Services, Camps & Conferences, and the Forrest Guest House.

Prior to his current role, Merlin has served at Toccoa Falls College since 1991 in various roles including Paint Department Supervisor, Carpentry Department Supervisor, and Director of Physical Plant (2013-2016). He has specialized training in Asbestos Abatement, OSHA Compliance, and Hazardous Waste Transportation. Prior to TFC, he worked in the construction field for six years. Merlin and his wife, Lisa, have two sons, Jesse & Jordan, and live in Toccoa.

Proverbs 2:6 For the Lord gives wisdom, and from his mouth come knowledge and understanding.